*The More Children and the Mayflower – 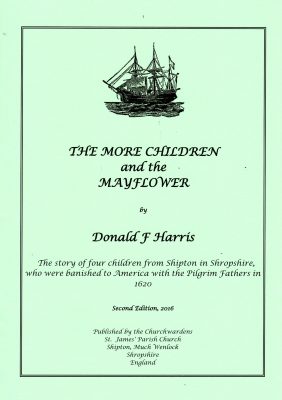 the story of the four unfortunate children from Shipton (near Much Wenlock in Shropshire UK) who were banished to America on the Mayflower in 1620.

the only survivor of the More children to live in America and become a sailor, merchant ship owner, trader and privateer.

Two informative booklets, written by the late Donald Harris who did so much to research and publicise the plight of the More children from Shipton. Brief and concise histories that cover the main details of the story.

Available in Shipton Church (near Much Wenlock) for £2 each. 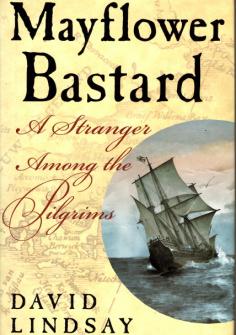 David is a descendant of Richard More, the sole survivor of the four More children who made a new life in America. He delves into Richard’s life as a sea captain, adventurer, trader, father and bigamist, using both the historical evidence and a lot of his own speculation. General readers will find this a very good, lively and interesting read. Historians will find it frustrating that there is so much unsubstantiated guesswork. 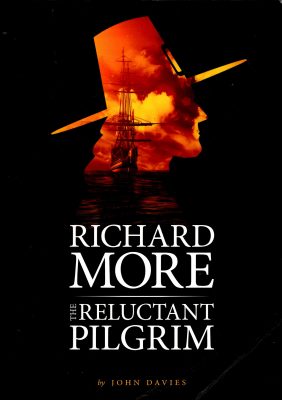 Both what we know from the historical evidence and some interesting ideas about what we don’t know make this a very good read. Richard was not a pilgrim but a six-year-old child, abandoned by his mother’s aggrieved husband, so the subtitle is rather misleading.

Published in the UK by Scruffie Dog Productions in 2014

Available from the publisher: john@comms-team.com 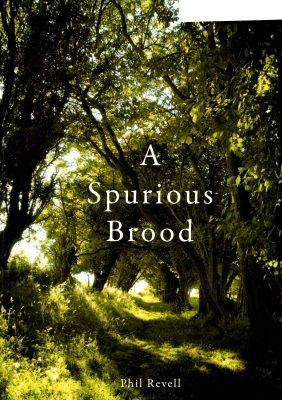 Spurious Brood by Phil Revell – a local historian and author who has given several talks on the More children, Phil has turned the story into a novel in which he blends the history with imagination. This is fiction, based upon the real story, and doesn’t claim to be anything else. It makes for an entertaining read.

Self-published in 2011 by Ascribe Publishing

Available from Much More Books, High Street, Much Wenlock TF13 6AA or as an e-book from Amazon

*The Mayflower Children by Phil Revell: a 22-page description of the history of the More Children, adding to the story as a result of further research. He has a bit more to add to Donald Harris’s booklets.

Published in 2011 by Ascribe Publishing

Available as an e-book from Amazon

*The More Children and the Mayflower

Two well-written articles with references, good for gaining  information on the story of the More children.

*On the Trail of the Pilgrim Fathers by J Keith Cheetham – a compact introduction to the Mayflower and its passengers, including Shropshire’s More children, with useful maps to show the passengers’ home locations and introductions to the earlier history of explorers of America and the religious issues in England that prompted emigration. A very good overview but not always accurate. 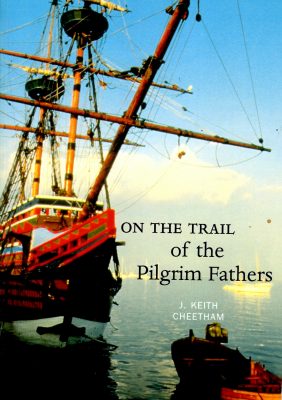 Published in 2001 by the Luath Press, Edinburgh

*The Mayflower Generation by Rebecca Fraser – a thorough study of Edward Winslow and his family from Droitwich in Worcestershire who sailed on the Mayflower, seeking freedom for his 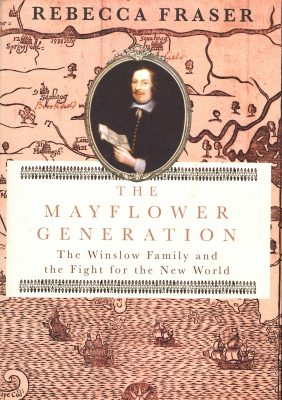 Puritanism. Edward took on the guardianship of Ellen More. The detail in this book, though not about him, gives an insight into the life and times of Richard More, the sole survivor of the four More children, in America.

Published in 2017 by Chatto and Windus, London

*Emigrants: why the English sailed to the New World by James Evans – a very informative and interesting study of the 17th century flood of people from England 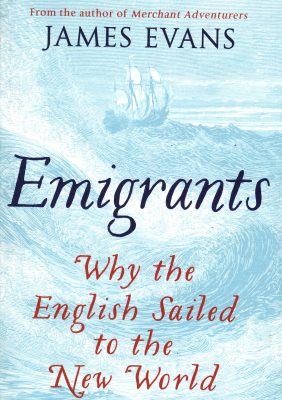 who sought new lives in America. Their interests were sometimes religious but also included those who hoped to make fortunes in gold, fish, fur or tobacco.

Published by Weidenfield and Nicolson in 2017

*American Colonies by Alan Taylor – this study takes a wide-ranging path by beginning with the settlers who crossed the Bering Strait 15000 years ago before describing the 17th century immigrants and the later effects of the slave trade. The mix of indigenous people, European colonists and African slaves has produced long-lasting cultural difficulties and this engaging book traces these issues with clarity. 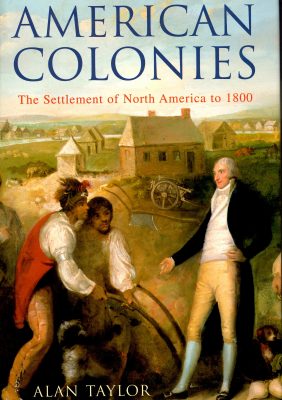 *To Settle the Crown: waging Civil War in Shropshire 1642 – 48 by Jonathan Worton. Samuel More, the aggrieved husband of Katherine, sent his wife and children away, remarried (probably bigamously) and had a brief career as a Parliamentarian army colonel in the Civil War. He took Hopton Castle from the Royalists (with clever trickery) and stubbornly defended it with only 25 or so men when the much larger Royalist forces fought to regain it. Before long, all was lost, his men were slaughtered and he negotiated a deal that allowed him to return home to Linley Hall. Shropshire’s many Civil War skirmishes have not received much attention from historians who have tended to view the county as a quiet backwater during the war. This detailed book paints a different picture.

Published by Helion in 2016 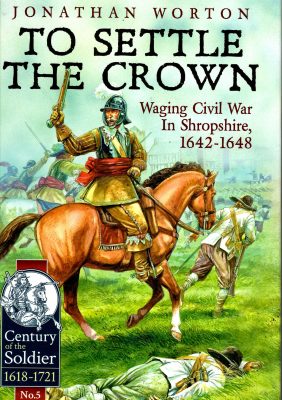 A Guide to the Shropshire Hills

*Blue Remembered Hills by Keith Pybus: Keith Pybus is well-known for his story telling during local walks when he describes the people and places in the Shropshire Hills – a designated area of Outstanding Natural Beauty. The More children feature here, of course. This is a book to dip into and enjoy. It’s the Shropshire Hills that became the “Blue Remembered Hills” in A.E.Housman’s famous poem.

Published by Robert Hale in 2015 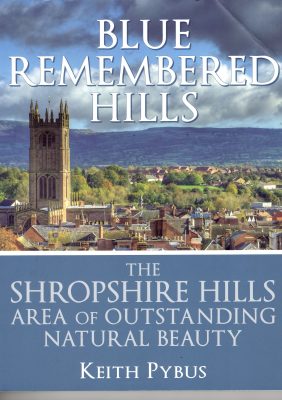 *England’s 1000 Best Houses by Simon Jenkins:  27 0f these properties are in Shropshire and a majority of those are in the south of the County.
Published 16 years ago but still anexcellent guide for tourists who like visiting buildings. 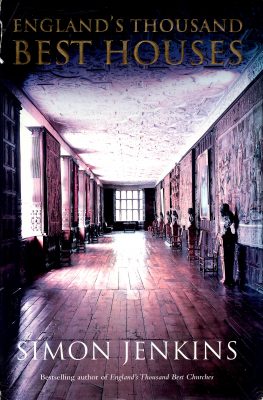 Published by Allen Lane in 2003

**Many thanks to Julian Radcliffe for suggesting this book.

*The Old Houses of Shropshire in the 19th Century by Julia Ionides and Peter Howell:  reproductions of the paintings of Frances Stackhouse Acton who visited many of the Shropshire country houses, some of which no longer exist or have been remodelled.  Included are interesting chapters by Shropshire’s  famous architectural historian, Madge Moran and by Lucy Acton on Frances (Fanny) Acton’s work on persuading owners to protect their buildings. 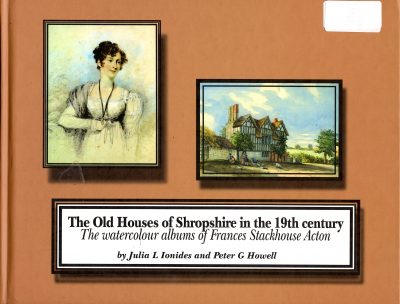 It’s not clear whether or not this book is still available new as the publishers have closed.  There may be copies on Amazon.

*Vernacular Buildings of Shropshire by Madge Moran: a thorough and detailed description with plans, drawings and photographs of many Shropshire houses

and how they were constructed.  Despite the detailed analysis, this is a very accessible book.  It also describes wallpaintings and the dentrochonology project which
has enabled the dating of timbers and thus the houses.

Published by the Logaston Press in 2003

*The Mayflower Pilgrims – sifting fact from fiction by Derek Wilson

The title must belong to a different book as this one hardly mentions the Mayflower, the so-called pilgrims or facts versus fiction!  Never-the-less, the book is excellent for its overview of the religious issues that led the Separatists to go, first, to Holland and then, when religious life there was not as tolerant as they had hoped, to America.  It is well-written and very readable, with notes to support most of the text, except when the author recounts a brief version of the story of the More children with no references to support his text, either in the notes or in the bibliography.  Perhaps this book was rushed into print to capitalise on the 2020 commemorations of the Mayflower?  It would have benefited from more rigorous editing.  Never-the-less, it can be recommended for its excellent summary of the religious turmoil of 17th. century England.

The usual version of the Mayflower story contains several myths about pious pilgrim fathers and brave settlement in the New World.  Even today’s Mayflower 400 organisation which seeks to promote celebrations of the 1620 sailing, persists in mis-naming the passengers “Pilgrim Fathers,”  an incorrect term invented a couple of hundred years after the event.  Only half of the passengers were Separatists seeking religious freedom; the other half were traders hoping to make their fortunes.  There were wives and children, too, who don’t fit the “Pilgrim Fathers” description, including our four waifs from Shropshire who were banished on the Mayflower.  The assumed piety of the religious travellers was not matched by their actions when they la 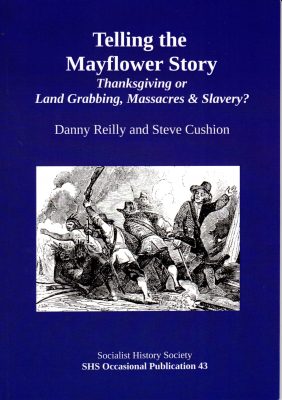 nded, despite the kindness of the indiginous peoples.  The charge sheet includes  intolerance of all but the travellers’ idea of Puritanism, murders of local people, taking part in the slave trade, seizure of lands and claims that the Mayflower passengers were the first Americans.  A much-sanitised version forms the basis of modern Thanksgiving celebrations.  This book tells the largely unknown story.  It is an excellent if disturbing read and all the better for its brevity and low cost.  It deserves to be widely read.

Published by the Socialist History Society in 2018 at £4

This special limited edition of the late Donald Harris’s three detailed articles for the Massachusetts Society of Mayflower Descendants (1993) is to be published on 1 April 2020.  A fourth previously unpublished article, deposited with Shropshire Archives in 1998, will be added.  This is a hardback volume, with dust jacket and full colour illustrations.  It is likely to become a collector’s item. 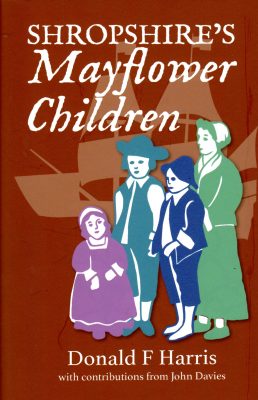 The published price is £19.50 but members of Shropshire’s Mayflower Children and Friends of Shropshire Archives get a 10% discount: £17.55

Pre-publication orders may be placed now.  These customers will receive the volume by post on publication at no extra cost (UK only; overseas customers may be required to pay postage.)