Richard survived the journey on the Mayflower and married:

Elizabeth Woolno (in 1645 in England?) One or more children?; no records

Richard was six when he and his brother and two sisters were sent to America on the Mayflower on 6 September 1620.  With his sister Mary, he was placed in the care of William and Mary Brewster who had two sons, called Love and Wrestling (two Old Testament names.)  Samuel More had paid £80 for a double share in the Virginia Company for the children and another £20 “in adventure.”  At today’s values, these sums are large: £10 then is worth £10,000 today.  The Brewsters and the guardians of the other children agreed to “see that they should be sufficiently kept and maintained with meate drinke apparell lodginge and other necessaries and that at the end of seaven Yeers they should have 50 acres of land a peece in the Countrey of Virginia.”

The Mayflower reached America on 11 November 1620 after a very stormy crossing.  Half of the passengers had died at sea and some, including Mary, did not survive the first harsh winter.  Richard, however, did survive.

“Nothing is known of Richard More until his marriage in 1636 to Christian Hunter, who had recently come out from England.  Shortly afterwards they moved to Salem where he took to the sea, owning the ketch he commanded.  He traded with Virginia and the West Indies, and probably made voyages to England, although there is no record of his seeking contact with the Mores.  He served with his ship in 1653 in an unsuccessful expedition against the Dutch settlement on the Hudson (later to become New York).  In the following year he took part in a successful operation against the French in what was to become Nova Scotia.  Thus Richard More contributed to the foundations of New England’s maritime greatness.

He and Christian had five sons and two daughters, all baptised at Salem.  Unfortunately it is only through the older daughter, Susanna, that it is possible to trace their descendants to the present.  Christian died in 1677, and Richard married Jane Crumpton, who had been widowed in a war with Indian tribes.  No children were born of Richard’s second marriage.  Jane died in Salem in 1686;  Richard continued to live there until his death about ten years later.  In old age he acquired the reputation of a sinner.  Salem church records show that in 1688 – by which time he was well into his seventies – “Old Captain More having been for many years under suspicion & a common fame of lasciviousness, and some degree at least of incontinency and therefore was at severall times spoke to, by sundry brethren & also by the Elders in a private way, because for want of proof we could go no further.  He was at last…. convicted before justices of peace by three witnesses of gross unchastity with another mans wife & was censured by them.”  However he made public repentance and in 1691 he was “by the vote of the Church forgiven & restored to his former state.”

There is a possibility that he was guilty of immoral, and, indeed, criminal behaviour early in his life, during one of his voyages to England.  The parish register of St, Dunstan’s, Stepney, in the area of London’s docks, shows that on 23 October 1645 a Richard More of Salem in New England, mariner, married Elizabeth Woolno of Limehouse.  We cannot be sure that this is the same Richard More.  If it was, did he have a wife on each side of the Atlantic?

The date of his death is not known.  From Salem records it must have been some time between March 1694 and March 1696, so that the 1695 shown on the Shipton plaque is a reasonable assumption.  The original inscription on his gravestone in the old Chester Street burial ground in Salem does not give a date, and that which was added later (1692) is known to be wrong.  The original inscription gives his age as 84, but we now know, from the Shipton Register, that it must have been 80 or 81.  At any event he was the last male survivor from the Mayflower (only Mary Allerton outliving him) and his is the only known gravestone of a Mayflower passenger.” 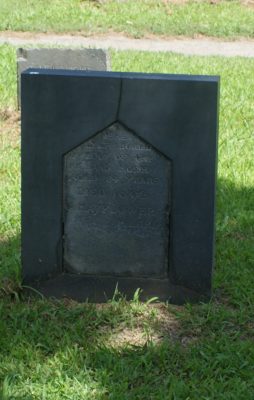 As a six-year-old on the Mayflower he

was not a “Pilgrim!” 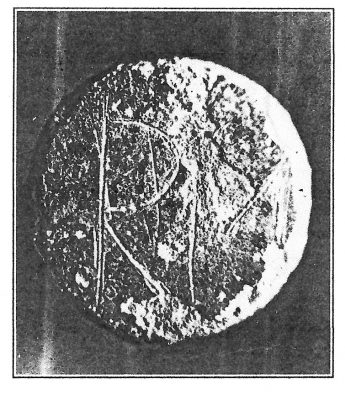 The extracts in this article are from Donald Harris’s booklet, “The More Children and the Mayflower”